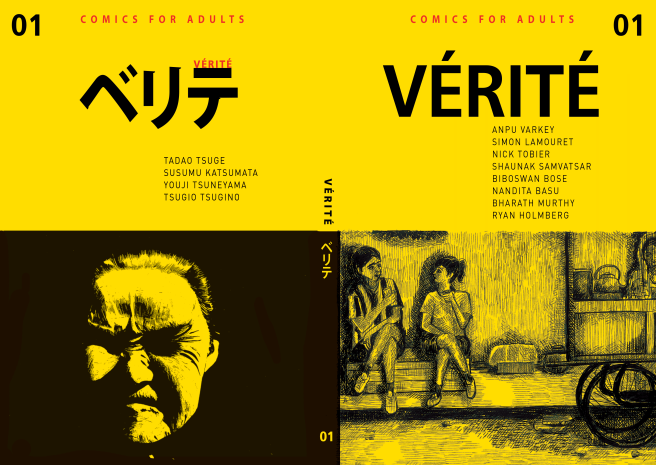 On New Year Day 2018, we announce VÉRITÉ, the new name for what was earlier called Comix India magazine. As editor, I felt that the kind of comics we want to publish demanded a more specific name. ‘Vérité’, the French word for ‘truth’, seemed just about right since we want to encourage creating comics that express reality in a truthful and unflinching manner, comics that don’t shy away from difficult subjects, comics that don’t merely show off art styles, but those that confront reality head-on.